Self-publishing is no longer the elephant in the room. It is loud, proud and working well. Read Jane Carling's guest blog. Margaret Graham

Self-publishing used to be the elephant in the room. We all knew about it but no-one advertised the fact that  'Vanity Publishing', as we called it then, would be considered an option. How times have changed. With the advent of e-books and on-line booksellers like, and let's not be coy about this - AMAZON - and I write that loud and clear, writers aren't waiting around but strutting their stuff for the world to see. Or in other words, self-publishing.

There are all sorts of avenues open to them. You can format your own book into an ebook and sell on-line or there are loads of organisations that will format it for you. You can create a physical book. Again, there are many companies to help you and I noticed at the Winchester Writers Conference, now known as Winchester Writers Festival there were many self-publishing stands.

Recently I have self-published alongside my traditionally published books. Maeve's Afternoon Delight didn't find a home with my publisher  Random House(it happens) but I liked Maeve and felt she should see the light of day so I whacked it onto Amazon. She's ticking along nicely while I get on with the Easterleigh Hall series for Random.

I'm really thrilled that Jane has agreed to write this guest blog for us as it's such a topical subject. I've read, and enjoyed, Pandora's Box, written after her Mills and Boon course which was held under the Tuscan sun. Jane has a love affair with Greece which is where it's set, and it's fun, sunny and saucy. Pandora's Box's journey to the light of day is a journey for our time. Look and learn.

Don't forget to head for our Virgin Giving page once it is set up to receive donations for Team W4W's tandem skydive. I am doing it with two other W4W team members who are, like me, women old enough to have more sense. (My agent despairs of the lengths to which I will go to be strapped to a fit young man). I've just heard that we could be joined by a bloke, a younger one. Heavens! I will post more news when it I get it. Incidentally, we are paying for it ourselves so every penny will come through to W4W.

Now over to Jane. 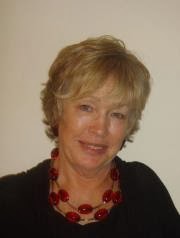 I had an idea for a story after attending a creative writing course in . The venue was idyllic but I had not read the small print. Bowled over by lovely location shots, I did not realise that this romantic writing course was based on Mills and Boon. Whilst it was quite an interesting week, I am not the sort of writer who obeys the rules and the formulaic process that M&B require was just not me. I was not too surprised therefore when they rejected my first three chapters.  I carried on regardless as I believed in my story and veered off into my own imaginative world. About eighteen months later I finished Pandora’a Box,   a fast paced romantic tale of love and loss set in and was ready to go. Being no spring chicken, I decided to self-publish, as by the time a publisher actually took me seriously, I might be too old and or gaga, although I am open to any offers.
I researched various options via Google, Writing Magazine and Amazon Kindle. Publishnation (www.publishnation.co.uk) was the clear favourite. It is much better to be able to speak to a human about this process and David Morrison could not have been more patient and helpful. He explained that all I had to do was send the document as a word attachment and they do the rest. The cost for this was a mere £95.00 for publication on Kindle or paperback. I decided to go for both options at £135.00. This price includes obtaining your unique ISBN number and all formatting. There are additional proof reading, marketing and critique services available. Publishnation use Lulu (www.lulu.com) for the print on demand facility and all I had to do was set up an account with them.
For the cover I had a clear idea in mind as the story is a good holiday read or a winter warmer.
I sourced a company called IStockphoto (www.istockphoto.com) and for £10.00 purchased the cover. 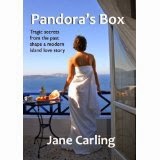 Pandora’s Box is my first book. It was published in October 2013 and is available on Amazon Kindle, Amazon in paperback and Lulu and so far is doing quite well. However a word of warning for those over enthusiastic and impatient writers, please ensure you proof read everything and don’t get carried away by the euphoria of holding your first book. In my haste to get this done in time for my Aunt’s birthday, I did exactly this and people have pointed out some typos and a couple of errors. So when that first baby arrives make sure it is perfect before you finally let go. However, when I told my mentor this she smiled knowingly and replied, “Welcome to the Author’s world, Jane.” Knowing about the silly errors was irritating, like a crooked picture, so I have corrected and re-published.

My next project stems from a short story task as given to my inspirational writing group, Chesham Writers and Scribblers, by our mentor. Their blog is http://writersandscribblers.wordpress.com
My website is www.janecarling.co.uk and my blog http://janecarling.wordpress.com