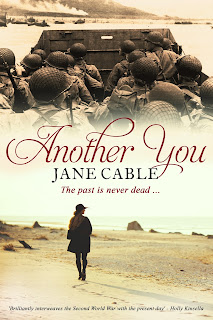 Once upon a time there was a writer who wasn’t all that young and wasn’t all that good. But she thought she knew how to spin a yarn, so she took herself off to Winchester Writers’ Festival and sat at the feet of the inspirational author and creative writing tutor Margaret Graham and she learnt a great deal.

With Margaret’s book, The Writer’s Springboard, in hand she worked hard on her craft and egged on by her mother she published the result, a romantic suspense novel called The Cheesemaker’s House. It sold quite well and people seemed to like it so she entered it into the inaugural Words for the Wounded Independent Author Book Award, happily making her donation then promptly forgetting all about it.

Until it won. And that, dear reader, was the moment my writing life changed. As a direct result of winning the competition I was signed by my agent, the wonderful Felicity Trew at the Caroline Sheldon Literary Agency. A year later, she’d negotiated my first book deal with Endeavour Press.
Life changing, for me, was a good thing. Sadly life changing has a completely different connotation for the injured service personnel that Words for the Wounded exists to help. These men and women have chosen to serve their country, completely aware of the risks to their own personal safety, and for some the results of this service become an all too grim reality. 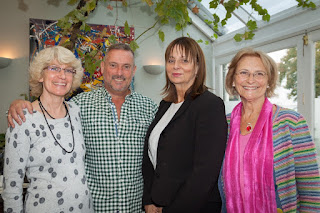 Words for the Wounded rapidly became a cause I’d go out of my way to support, including persuading my Chichester Independent (Chindi) Authors’ group to adopt the charity as the beneficiary of our first mini litfest. It was a great idea and with a generous amount of help from Margaret, Jan and patron Elizabeth Buchan we raised £900.

Close as I was becoming to the charity I never set out to write a novel featuring a character damaged by active service. Initially a minor distraction for the heroine, I wanted to research what active service in the Middle East would have been like for the modern soldier and a friend put me in touch with a former para who was happy to help. Over the course of several cups of tea in a Sainsbury’s café near Guildford our conversation turned to the mental effects of combat on soldiers returning home and I just knew this was an issue I had to explore. 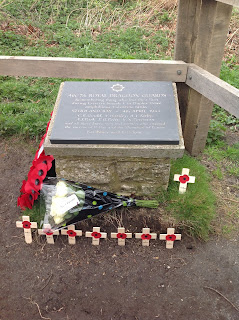 As a result the soldier’s role became central to the plot of Another You and I realised I had created a book with a genuine link to Words for the Wounded. Supporting the charity in some way seemed a given – but how? I could have donated a portion of the royalties, but I want readers to engage with the charity as well as the book, because the more people know about it, the more money they will raise.

What I have decided to do is to give £1 to Words for the Wounded for every review the book receives on Amazon in the UK and in the US. The story, being set in Dorset, is one hundred percent British, but the soldier is American so choosing both countries seemed logical. And the more reviews the book receives on Amazon, the more their algorithms will kick in to promote it, the more resource my publisher will put behind it, the more people will read it – and review it – and at the same time become more aware of the issues and the charity.

Who knows? Perhaps my life changing experience will end up raising enough money to make a difference to those who have had their lives dramatically altered while they were just doing their job.


Another You is published by Endeavour Press and is available on Amazon.
Find out more about Jane at www.janecable.com or follow @JaneCable on Twitter.
Posted by Admin at 09:49 No comments: