Words for the Wounded went to the Invictus Games - the wheelchair basketball. Talk about exciting. It was a triumph for the teams. We loved every minute. The atmosphere was fantastic, and I do hope it grows and grows and becomes a regular event.

Meanwhile, back at the ranch:

Our LitFest plans are blooming nicely, though autumn is virtually here. Sorry, terrible link but it's the best I can do. We have Katie Fforde to lead us off on April 18th, in conversation with me. Note to self. Must not chat too much, and certainly not laugh uncontrollably, which is a hard task, with the lovely Katie. We'll be joined by Sarah Taylor of Kate Nash Literary Agency, Midsomer Murders writing duo Rachel Cuperman and Sally Griffiths, Penny Deacon, a Words for Wounded granny, who's also a crime writer. We have a self-publishing panel with PennyDeacon, me, Amanda Hatter and our publicity sponsor,  Catherine Balavage, editor and owner of Frost Magazine.

The WforW team are thrilled to bits that this is actually happening. It will be on April 18th at Downley Community Centre, High Wycombe 10 - 5.  Lunch is included and a glass of wine, lots of tea and coffee too. The fee is £50. As always it is in aid of the recovery of the wounded. There will be our authors' books on sale, and they will be delighted to sign 'em.

The Words for the Wounded Competition is brewing nicely. He who must be disobeyed is working on the website, the grannies have their designated mailshot areas,  so we are gearing up for November 11th when we'll be open for business. As you know, here at Words for the Wounded, we feel our brief is not only to raise money to help the recovery of the wounded, but to create opportunities for aspiring writers...

As well as our Short fiction/memoir/poetry Prize we are hoping we get loads of self-published books, either fiction or memoir, for children or adults, entered into our Independent Author Book Award. These can be sent as attachments or by post. Next month I will include details, but in the meantime there is information on the website: www.wordsforthewounded.co.uk

We want to welcome Joshua Edwards who is now helping with publicity, and has taken over social media. What a star! We so need him and, though ridiculously young, having just obtained an excellent degree, he's nothing daunted by the grannies and will lick us into shape in no time.

We're thrilled that Catherine Jones, who writes as Fiona Field, has joined us for this edition. She writes fantastic books, that are well researched and from the heart. She'll tell us all about them, and her life as a soldier and soldier's wife. 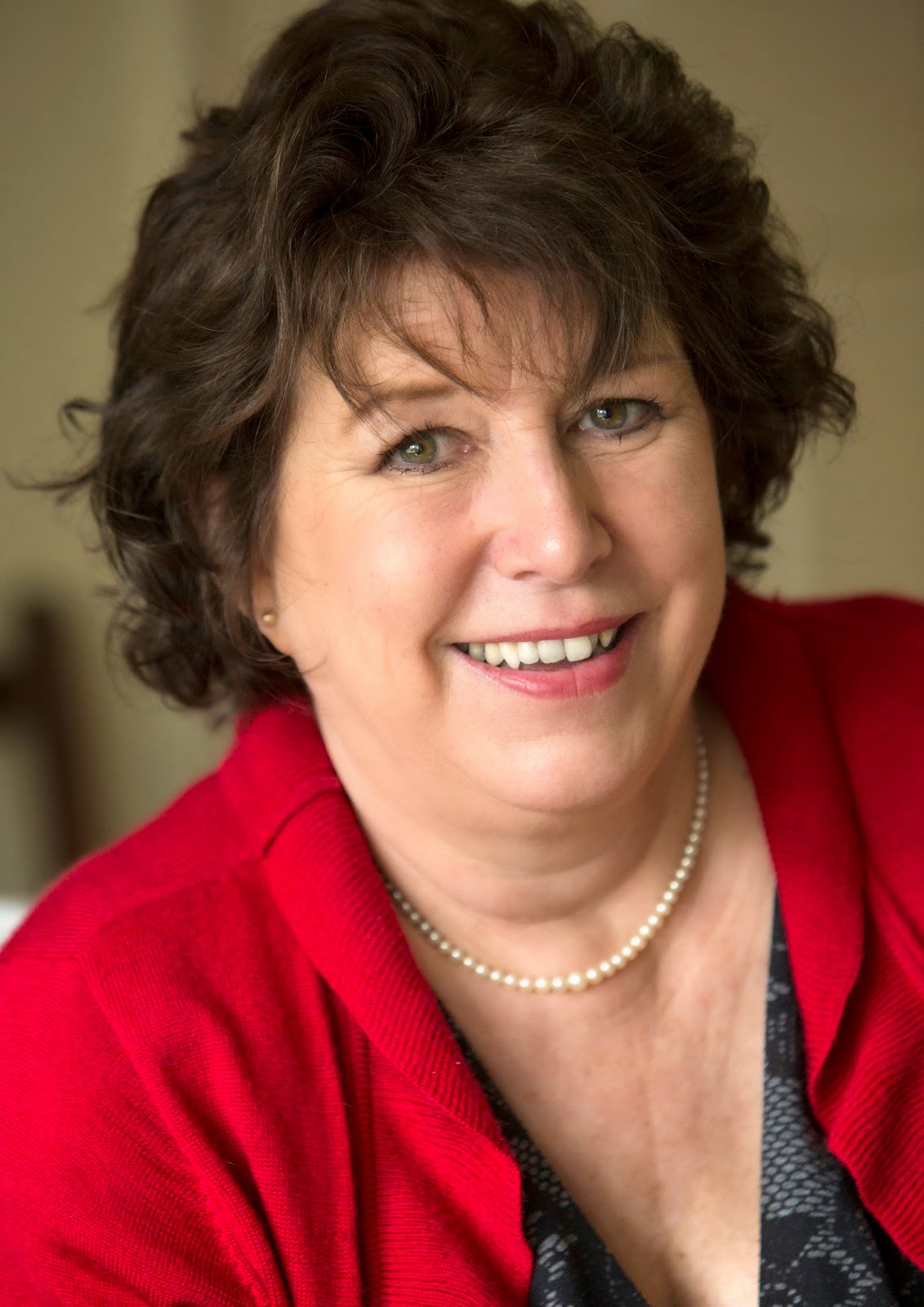 I heard about Word for the Wounded some time ago and the idea that people like me – writers who don't generally run marathons or undergo feats of endurance – could do what comes naturally and, through our writing,  raise money for our wonderful servicemen and women who need support following physical or mental injury, was a stroke of genius.  So when Margaret asked me to write a piece for the blog I was very honoured, not least because I was a soldier, so was my husband, and my son is currently serving too.

In my youth I spent eight years in the army.  I was an officer in what was then called the Women's Royal Army Corps.  Like the ATS, its predecessor,  it no longer exists and women are now just part of the army full stop.  However, back then, sex discrimination wasn't much of an issue and I was happy to be admin-fodder rather than cannon-fodder.  I was a bit more hacked off though when I discovered I was pregnant (I had been married for 6 years by then) and was made to leave.  Fathers could soldier on, mothers couldn't.  Anyway, my husband's career path meant that we then moved six times in five years and, being pretty much unemployable with all that moving I decided I might as well try and complete the family,  I had two more children in that time.  Oh, and I wrote my first book which I co-authored with a fellow army wife.. 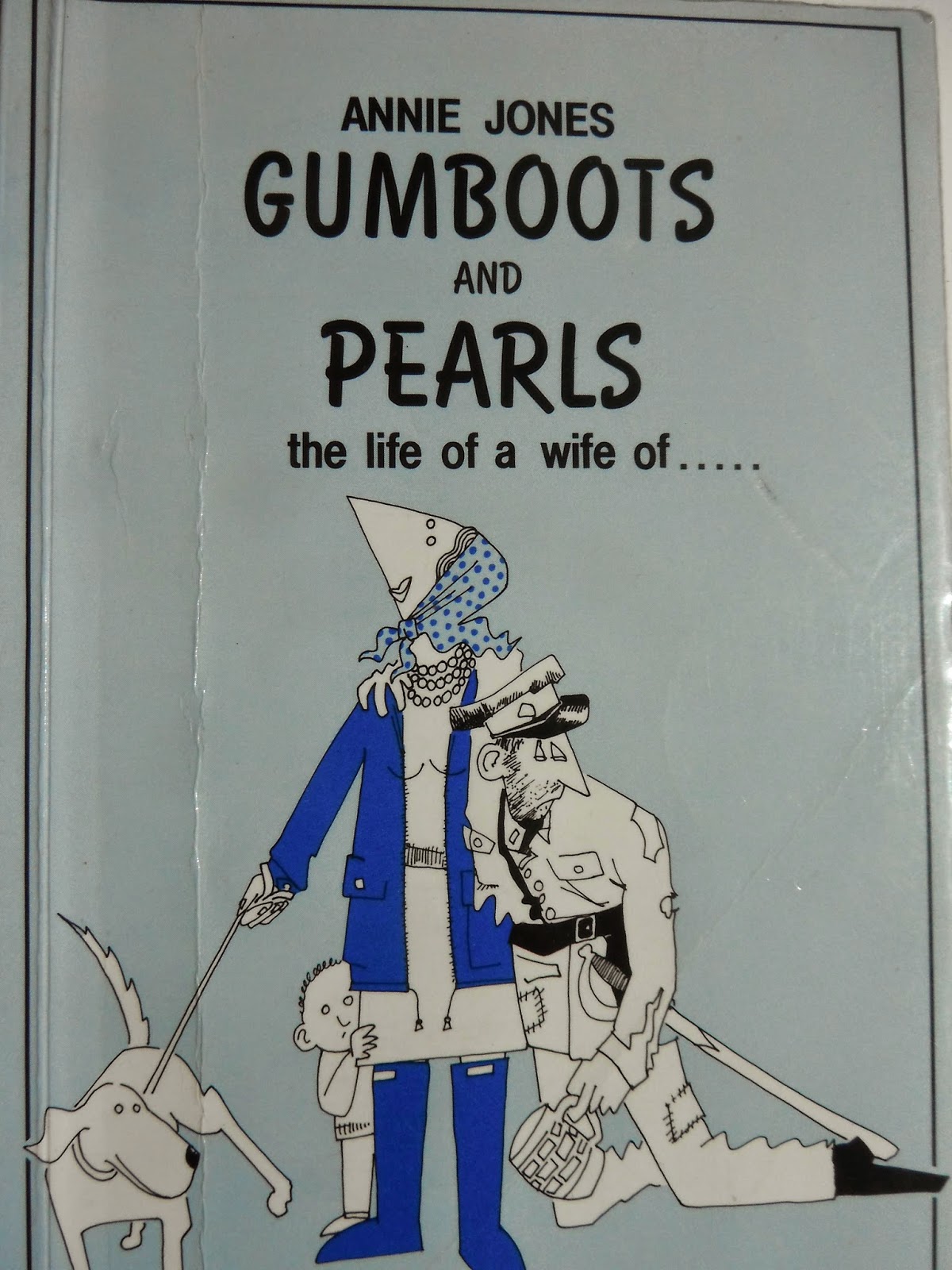 Gumboots and Pearls was a bit of a tongue-in-cheek, side-swipe at the army, but it struck a chord with other service spouses and, despite being self-published when there was no POD, no Amazon, no internet , no viral marketing, it did very well.  I then went on to write a novel called, with stunning originality, Army Wives – well, they say write what you know.  I was lucky, it got picked up and  published.  Since then I have had published a further fifteen novels and I have just delivered number sixteen.

However, just as Army Wives came out my husband left the army – the kids really  didn't need yet another change of school, my eldest was on her seventh – and we settled down in Oxfordshire.  Ian got a job doing what he did in the army (bomb disposal) only now he worked for the Met Police.  We got to know our neighbours, I planted stuff in the garden other than annuals  and the kids made proper best-friends-forever.  But the army moved on, we stayed still and I soon realised that I couldn't carry on writing books with a khaki backdrop because, frankly, I no longer knew what I was talking about.  However, my daughters were growing up and going through the teen-angst of boyfriends and body-image and the occasional spot, which triggered all my own memories of those times.  I plugged into my inner adolescent and started writing romances for Little Black Dress.

Then my youngest, Tim, joined the army himself and promptly got sent to Afghanistan.  I'm not a worrier – truly I'm not.  My husband did a number of tours in Northern Ireland defusing IRA bombs and then spent the next eighteen years doing similar for London and I'd have the odd spike of anxiety but mostly I was quite sanguine.  But when one's youngest is fighting a real, proper, nasty, no-holds-barred war it does make one take a different perspective.  I thought I was pretty calm about it until I was driving to Brize Norton the day he came back for good and I saw his plane coming into land.  As the worry lifted off my shoulders I realised what a dead weight it had been for six months.   I will admit now I cried a lot of tears of relief as we covered the last miles to the RAF base.  And Tim, bless him, had always worn a helmet camera and was more than proud to show his mum and dad what he'd got up to.  As I was watching the videos I suddenly wanted to write about the army again.  Yes, it had changed hugely since I was in – women are now on the front line and are just as likely to get shot at as the men – but some things are just the same; the random nature of the postings, the drab quarters, the amazing camaraderie of the service wives, the frustrations of being a wife with a great qualification but being virtually unemployable because of the constant moving.   Inspired by Tim's experiences I decided to revisit my khaki roots and the result is Soldiers' Wives.

'I couldn't put it down' says Katie Fforde 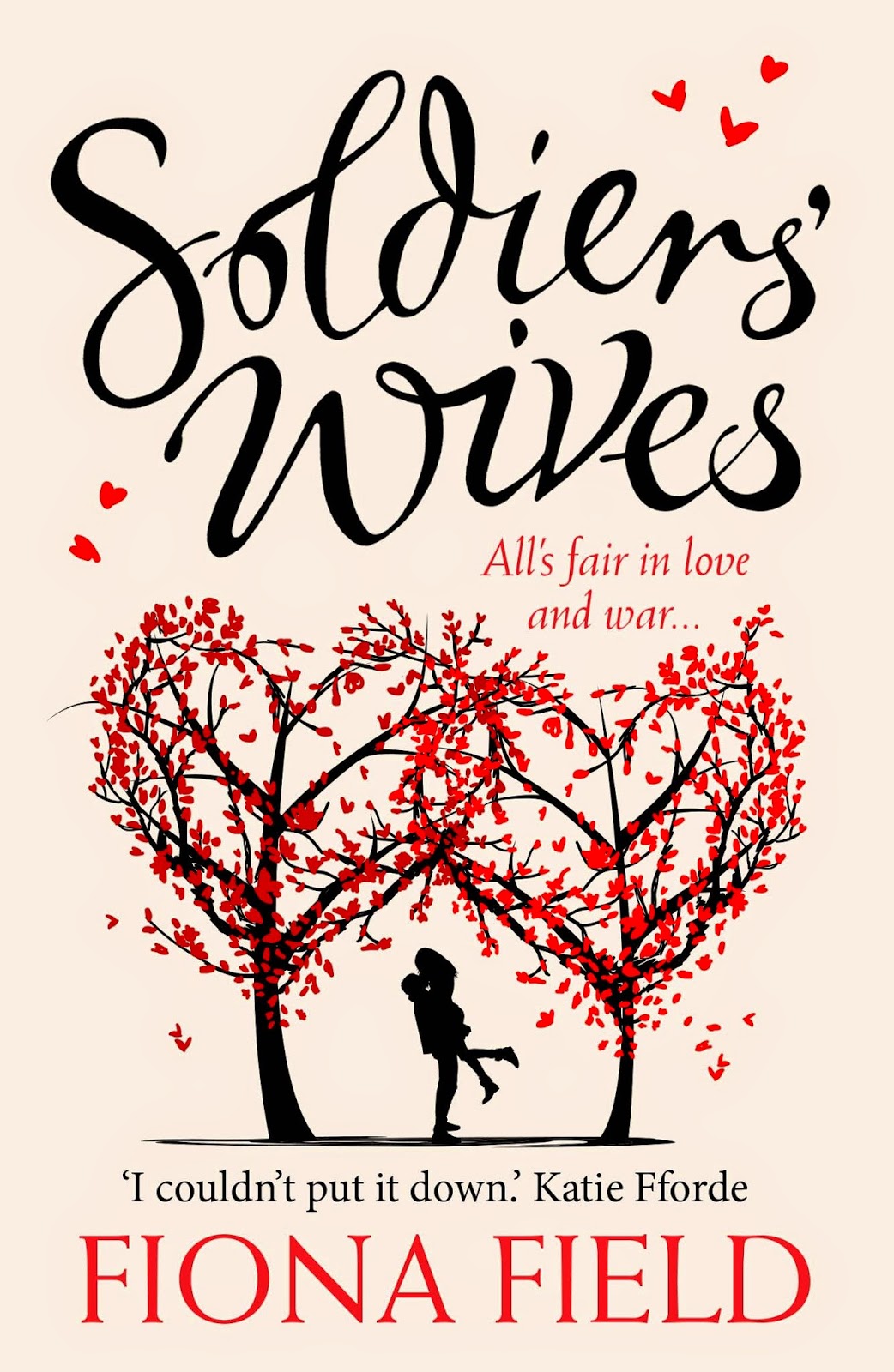 Published by Head of Zeus
Posted by margaret at 01:56 No comments: